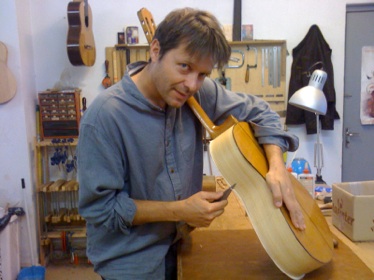 Sorry, we have sold out. New stock on order. Pictures of the build on the way....Small deposit to secure. Ring now please.

These guitars are built with the help of gifted artisan luthiers in Hill's workshop near Granada Spain. They are actually very much like the guitars he made early on in his career with standard Torres strutting with a light construction. They have an easy response and are very comfortable to play.

PLEASE NOTE - we have guitars on order both Cedar and Spruce. A small deposit secures your new guitar. They sell quickly!

These concert guitars represent excellent value at £3250 with case.

Accepting deposit on next 2a due Christmas? Ring now!
Fine video example: 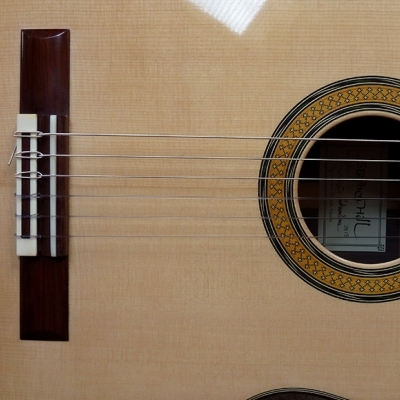 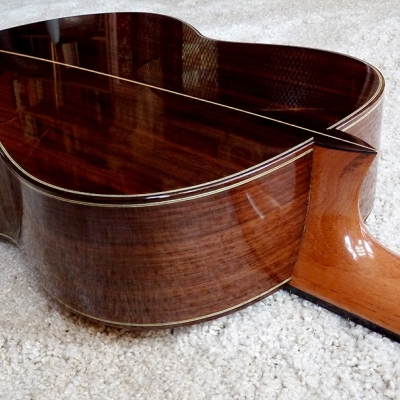 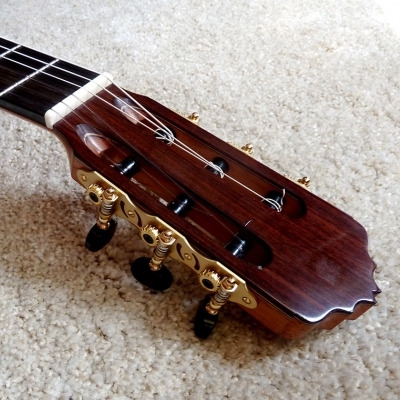 Stephen Hill was born in London in 1967. He started classical guitar studies at the age of 8 and later reignited a love affair with Flamenco music after rediscovering the art. It was at 18 that Stephen realized that his parents had played him flamenco music (specifically “cante jondo”) as well as Mexican and Greek music since he was a baby – moments that established his deep musical roots.

Leaving school at the young age of 16, Stephen found work the next day as a cabinet maker, quickly developing this into his own self-made business. With new inspiration for wood-working, Stephen took up the classical guitar again, and he had the revelation that guitars were not just meant to be made in factories but there existed a strong, deep culture in guitar-making by individual luthiers around the world – especially in Spain. Stephen made his first instrument in 1985. By 1988, he was traveling to Spain, learning flamenco and visiting guitar workshops that would let him in to give him a few of their secrets, intoxicating smells and sounds. Manuel Reyes, Antonio Marin Montero and Jonathan Hinves had a strong influence on Stephen during these initial months of travel.

Since then Stephen has worked for many years developing his art, based initially in Lewes, in the UK, where he also taught very many budding luthiers to build their own guitars and some to start their own careers as luthiers. The main workshop is now based in La Herradura, in the province of Granada, Spain, In 2004, he was finally able to proudly include ‘Granada, España’ on the label of his concert and flamenco guitars.