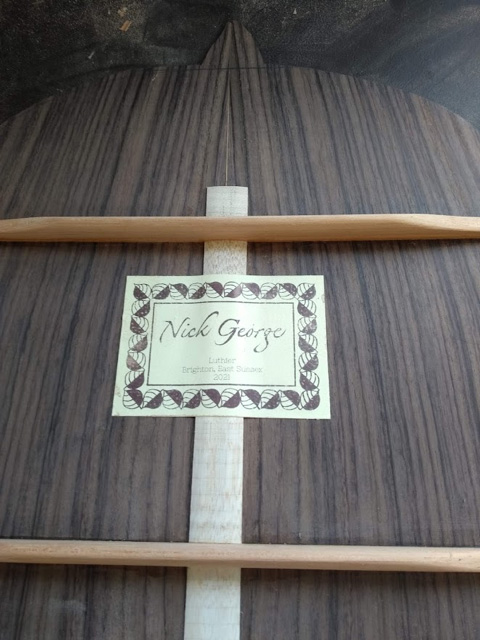 Nick lives and works in Brighton and builds classical guitars in his spare time. He has been passionate about the Spanish guitar since his early twenties and after years of learning to play, he turned his hand to building around 10 years ago. After building several guitars through research and with the assistance of several manuals, Nick travelled to the south of Spain in 2016 to learn from Stephen Hill and Pablo Requena at the European Institute of Guitar Making. Since then he has been steadily building and selling his guitars, built in his small home workshop whilst also repairing, polishing and setting up customer's own guitars. He generally builds with the well established spruce top/Indian rosewood back and sides combination using quality materials and a plantilla similar to Hauser's. All his guitars are french polished.

In addition to building, Nick still enjoys developing his playing and regularly plays with a local classical guitar ensemble. He feels it is vital that a luthier understands the instrument from a player's perspective in order to build the optimum guitar.

Nick George has built 10 guitars. We have had the pleasure of selling some of them. He is a talented novice maker and even though his output is small so far, each guitar has been worthy of professional consideration. We have a sample guitar in Brighton and recommend any guitarist to come and try it. Nick builds the 1a, flamenco and Panormo models. We have video and sound files here as well.

The retail price is £1795 including case. 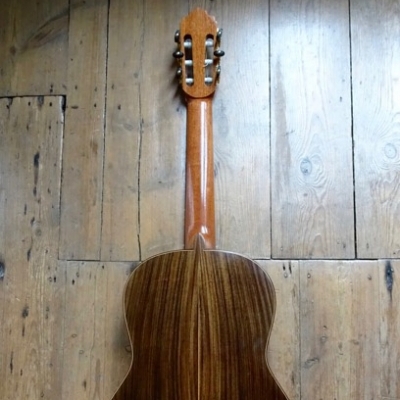 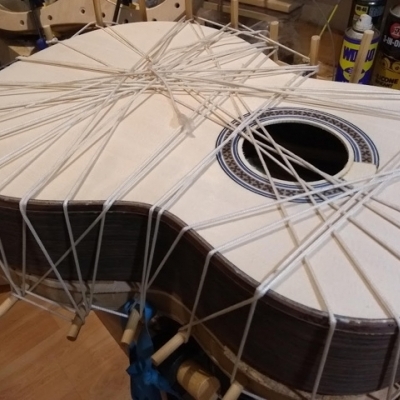