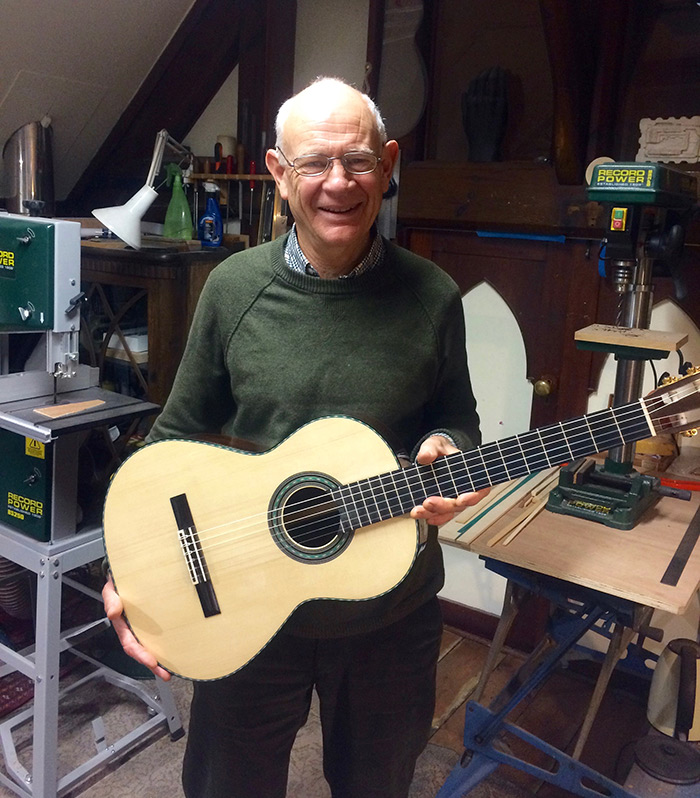 Nick Branwell built a couple of electric guitars for the school band in 1964. Fifty years of playing all kinds of guitars followed, alongside working as carpenter and landscape gardener.

In 2014 he decided to go back to making guitars and took to it immediately. Handling so many different guitars meant he knew how a guitar could or should sound as well as feel and look. An intensive period of study followed, with several superb teachers, each with their own method and speciality - Nick Pyall at London Metropolitan University, Mike Hobbs at South Thames College, Richard Osborne and Pablo Requena.

We are delighted to stock guitars by Nick Branwell. He has a great ability to 'hear' the wood he is making with. His experience as a fine player himself prompts him to make guitars that feel just right. You have to come and try! Sample guitars in London and Brighton. 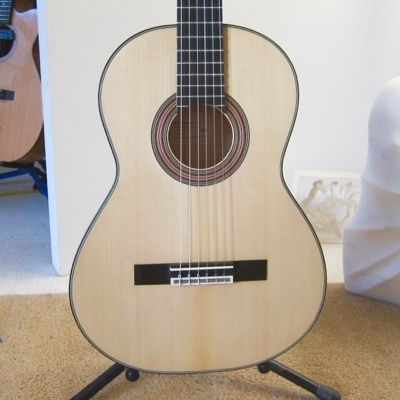 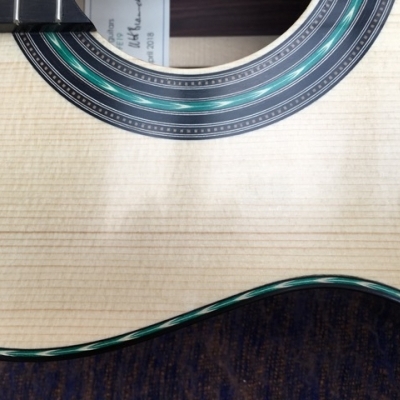 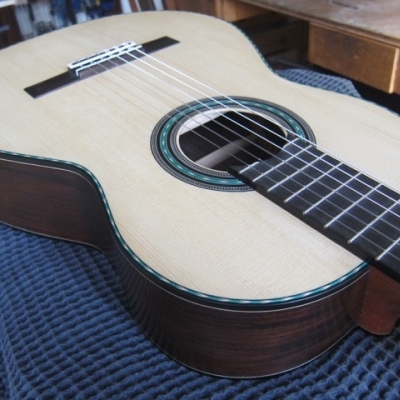 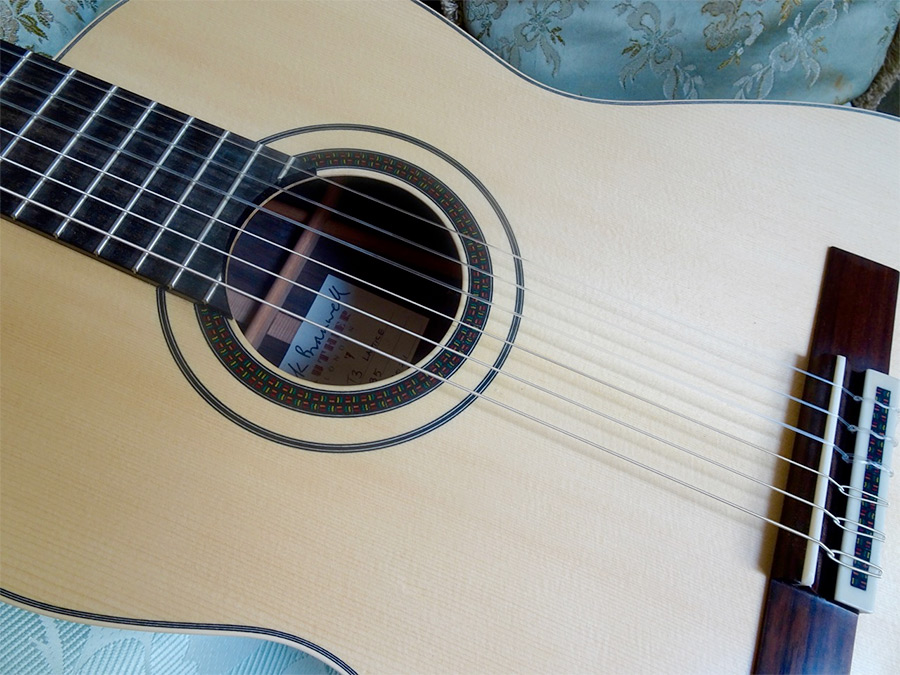 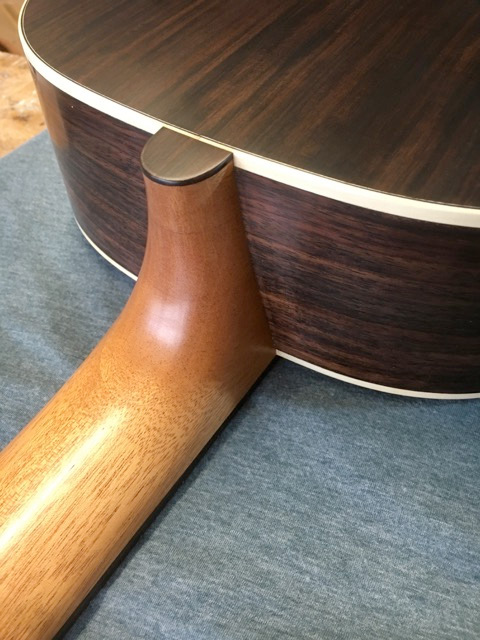 (This model is also available with traditional Torres bracing)